The History of St. Patrick’s Day 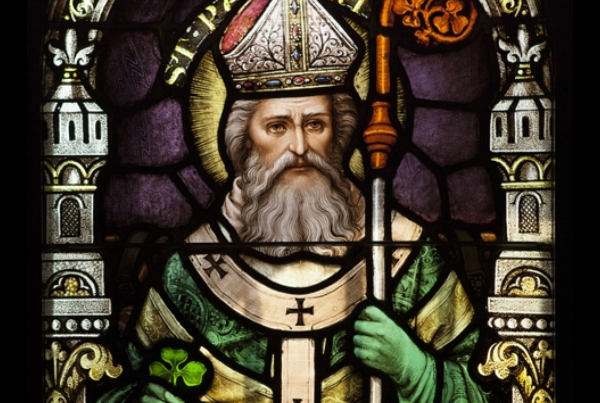 St. Patrick’s, the patron saint of Ireland is celebrated every March 17th. Since the 17th century, it has evolved into festivals all over the world including dancing, special foods, and music. The holiday happens to fall during the Christian season of Lent. During Lenten season, families go to church in the morning and celebrate in the afternoon with Irish bacon and cabbage as tradition. He is honored most for his missionary work and spreading of Christianity.

Patrick was born in the 4th century A.D. in Britain. He was the son of Calphurnius who was a deacon and Conchessa as his mother who was a close relative of St. Martin of tours. Although his family came from a strong religious background, Patrick was not raised with a strong emphasis on religion nor education. At the age of 16, he got kidnapped by pirates and taken to Ireland to work as a slave. He was held in captivity by his master Milchu, who was a high priest of Druidism that held major religious influence in Ireland at the time, it kept him in bondage. Throughout the six years, he was kept in bondage, Patrick deepened his faith in Christianity by prayer everyday because he believed it was a test of his faith in God. He then had a vision of the pagan children of Ireland reaching out to him. Through that, he became determined to convert Ireland to Christianity and made it be part of his life’s path. In 408 A.D. Patrick had a dream where a voice told him to escape enslavement and return back home. Soon after, he boarded a ship with sailors and set sail that landed in France three days later. He reunited once again with his family and went to Auxerre, France to enter priesthood under the guidance of the missionary St. Germain.

As he deepened himself in priesthood, he became deacon around 418 A.D.  His vision of converting Ireland to Christianity was still within him and had never lost sight of it. When he was ordained as bishop by 432 A.D. he was sent by Pope Celestine I to Ireland to spread the word of God as well as provide support the small community of Christians who were already living there. Upon arrival, St. Patrick began his missionary work through preaching, writing, and performing baptisms. He supported church officials, founded monasteries, and managed to make Ireland in dioceses. Many believe St. Patrick introduced the Celtic cross that consisted of both Pagan and Christianity symbols. He passed away in 461 A.D. in Saul, Ireland and was buried in a nearby town of Downpatrick. He is honored and has been associated with the legends such as when he drove away all the snakes from Ireland as well as introducing the holy trinity through the three-leaved shamrock.

Today, his name and his legacy are celebrated throughout the whole world with including Japan, Hong Kong, all parts of Europe and North America. It is customary to wear shamrocks or the color green because it is the color that Catholics associate with for a holiday. Although St. Patrick was not the sole proprietor of converting Ireland to Christianity, he had made an everlasting imprint and legacy to many believers.