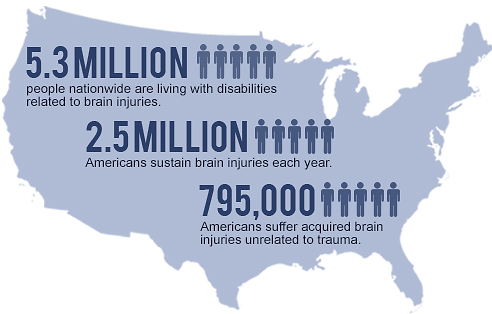 Traumatic brain injury (TBI) is a global health crisis and a leading cause of death and disability. In the United States, each year ~50,000 people die with TBI, ~230,000 people with TBI are hospitalized, and ~90,000 people experience long-term disability after TBI. Each year, an estimated 1.7 million cases of TBI occur in the United States, of which 80.7% (~1,365,000) are emergency outpatients, 16.3% (~275,000) are hospitalized, and 3.0% (~52,000) people die with TBI. Currently, ~5.3 million Americans are living with TBI-related functional/cognitive impairments. According to the Defense and Veterans Brain Injury Center, statistics show that there have been ~220,430 documented cases of TBI in the military to date.

TBI is an acquired form of brain injury that is defined as damage to the brain, resulting from external mechanical forces caused by rapid acceleration or deceleration due to the mechanical impact, blast waves, or penetration by a projectile. With particular reference to the combat situation, the Department of Veterans Affairs (DVA) and the Department of Defense (DoD) have defined TBI as, “A traumatically induced structural injury and/or physiological disruption of brain function as a result of an external force that is indicated by new onset or worsening of at least one of the clinical signs, including any period of decreased or loss of consciousness (LOC) or any period of post-traumatic amnesia or any alteration of cognition (confusion, disorientation, slow-thinking), immediately following the event” (DVA/DoD Clinical Practice Guideline for Management of Concussion/Mild Traumatic Brain Injury, 2009). The most common causes of TBI include accidental falls, assault/violence, motor vehicle-traffic, construction, and sports. TBI has a greater prevalence among children (0-14 years of age) and older people (>65 years of age); with a greater occurrence among males than females. The military casualty statistics on fatal brain injuries during the Iraq/Afghanistan wars have added to this devastation. Generally, TBI can be classified into three main categories: (1) A closed head injury (cTBI) (also called non-penetrating or blunt injury) that occurs when the brain is not exposed to the primary injury-causative factor; (2) A penetrating or open head injury (pTBI) that occurs when an object pierces the skull and breaches the dura mater, the outermost membrane surrounding the brain, damaging the brain parenchyma; (3) An explosive blast injury (also previously referred to as “Shell Shock” injury) that occurs when the head is impacted by the high frequency blast waves generated from improvised explosive devices (IEDs) or improvised rocket assisted mortars (IRAMs) (bTBI). TBI is also classified based on linear or rotational acceleration/deceleration impacted by external force on the brain. Acceleration/deceleration of the brain due to linear impact to the head (such as in pTBI or cTBI in some cases) is termed as “focal” injury, while the acceleration/deceleration of the brain due to rotational impact (such as in bTBI or cTBI in some cases) is termed as “diffuse” injury. War-related bomb and blast injury (bTBI) could be viewed as closed or diffuse head injury.

Depending upon the severity, brain injuries can be categorized as mild, moderate, or severe TBI. The classic Glasgow Coma Scale (GCS) ranging from 3–15 is widely used for categorizing TBI severity based on verbal, motor, and eye-opening reactions to stimuli. It is generally agreed that a TBI with a GCS of 13 or above is mild, a GCS between 9–12 is moderate, and a GCS of 8 or below is severe. A current classification model developed by the Department of Defense (DoD) and Department of Veterans Affairs (DVA) applies the entire criteria of GCS after resuscitation, duration of post-traumatic amnesia (PTA), and loss of consciousness (LOC), that is proposed to detect changes such as swelling, focal lesions, or diffuse injury that are visible on neuroimaging. TBI increases long-term mortality and reduces life expectancy by producing immediate and long-term cellular/molecular, neuropathological, neurochemical, neurodegenerative, and psychological consequences that may arise and persist for months to years of post-injury.

Recently, there has been an increased awareness regarding the long-term consequences of traumatic brain injury 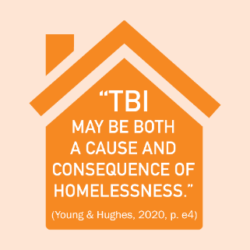 (TBI). Traumatic Brain Injury (TBI) is a disease process and not an “event” which leads to immediate, long-lasting, and debilitating impairments in cognition, psychological health, and sensorimotor abilities. Recent post-mortem studies on athletes suggest that repeated concussive or mild TBIs are a risk factor for the long-term development of chronic traumatic encephalopathy and possibly, other neurodegenerative pathologies and conditions as well. Overall, the literature reviewed thus far suggests that the chronic effects after a single moderate/severe TBI leads to Alzheimer-like changes while the long-term consequences of repetitive mild TBI lead to chronic traumatic encephalopathy (CTE). Both forms of single and repetitive TBI with any gradation of severity produce psychological and cognitive deficits ranging from headaches/dizziness to dementia, depending upon various factors during aging after single or repetitive TBI. Currently, the treatment for TBI is limited. Given the recent statistics of TBI, finding an effective treatment for TBI is a global priority.

AUHS is a Christian based, minority-serving university, which educates students for careers in the healthcare professions. AUHS emphasizes the values of faith in God, love of humankind, and belief that all people have a right to healthcare and deserve a good quality of life based on the wellness of body, mind, and spirit. The university celebrates diversity and reaches out to groups currently underrepresented in healthcare and research. AUHS provides the undergraduate and graduate curriculum, hands-on practical training, and supportive environment required to create competent and compassionate healthcare professionals.