The History of Valentine’s Day

Home » The History of Valentine’s Day 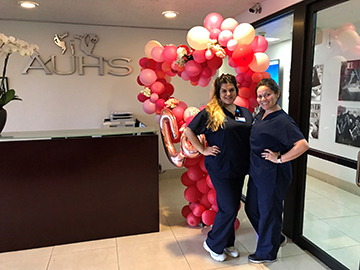 There are several stories as to who he is; a popular belief is that he was a priest from Rome in the third century. Valentine was believed to have broken the rules on banned marriages and arranged marriages instead. He was thrown in jail and sentenced to death. While in prison, he fell in love with the jailer’s daughter and when he was taken to be killed was on February 14 and it was believed he sent her a letter “from your Valentine.”  That is another theory on how the day got its name and how letters were written from that time. From that day on St. Valentine’s name was used by people to express their feelings of love for one another.

The first Valentine’s day cards were sent out in the 18th century. They were initially handmade because pre-made cards weren’t available. It meant a lot more than when you would make them by hand. The time and effort were put into it. The person making these cards would decorate the paper with romantic symbols and write in some poetry. Some remained anonymous; others would address it to “My Valentine.” The oldest examples of premade cards didn’t start until the late 1700’s. They soon became famous and well known for its rapid printing and manufacturing technologies in those times.  It was by the mid-1800’s that Valentine cards were immensely popular and all around known, especially in London. There is a wide collection of Valentine day cards held at the Museum of London from those time periods.  Back in those times, the more elaborate the card was, it meant that your lover spent more money on it. It was apparent to see back then because of those beautiful details. There was a feature based on the most elaborate card in the collection which was handmade and believed that it was given to the King’s future wife and served as part of the proposal which she happily accepted. After they got married, they went on to have 15 children. One of whom they named Valentine. 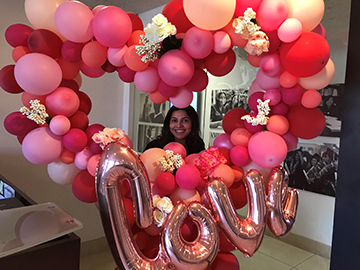 Not every card was made to be romantic; people were also able to buy vinegar valentines, these cards were designed to insult. They were either to bash a man’s profession or a woman’s appearance. One that is kept in a collection at the University of Birmingham is a cartoon of a woman with a large nose and is titled Miss Nosey and to receive a card like this was a great insult. There were also cards that were humorous that was a popular choice even back then. It wasn’t always about romance; it was also about taking things lightly especially regarding friendships. Finally, in 1913, Hallmark produced their first Valentine day card which is one like we would see today.  A couple embracing, in a near kiss. It’s what brought us to what we call modern love today, where Hallmark has become highly known for all things, love from stuffed animals to pop-up letters, and music boxes. It’s a day that won’t soon be forgotten, even those who try to shun from it.

This day, February 14 is here to stay. A day of love, friendship, and peace. It’s also a day where many people take a chance and express how they feel. Some remain anonymous and others make the people they love as if they’re the center of the world. Whatever the case may be, Valentine’s day is a day that might’ve had some dark origins but from that became a positive day that is celebrated with love. One that might be taken lightly by some and others take it to heart. Regardless of where we may fall on that spectrum, we can all agree that it is turned into something very beautiful, anything that is given with heart is worth remembering.