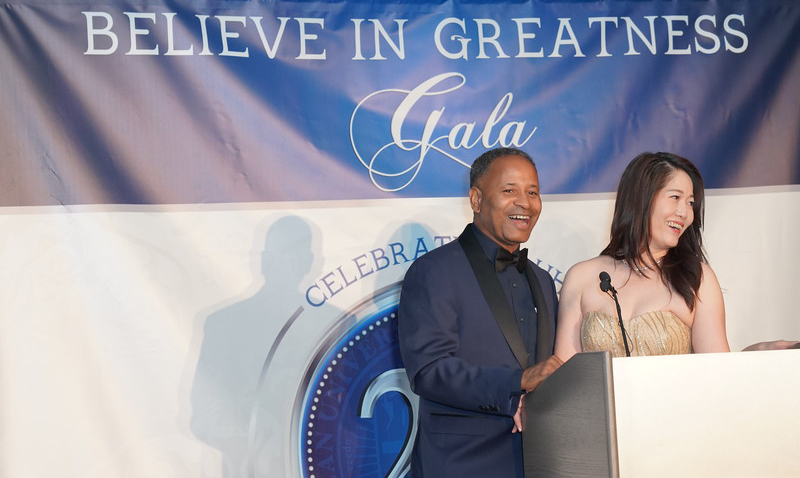 American University of Health Sciences celebrates 25 years of educating the next generation of healthcare professionals. The “Believe in Greatness Gala” was hosted by the AUHS Foundation to celebrate AUHS’ long history of believing in the potential and greatness of students to be successful in the healthcare field and to use their education to enrich the lives of people in vulnerable communities. 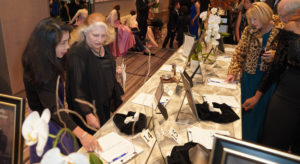 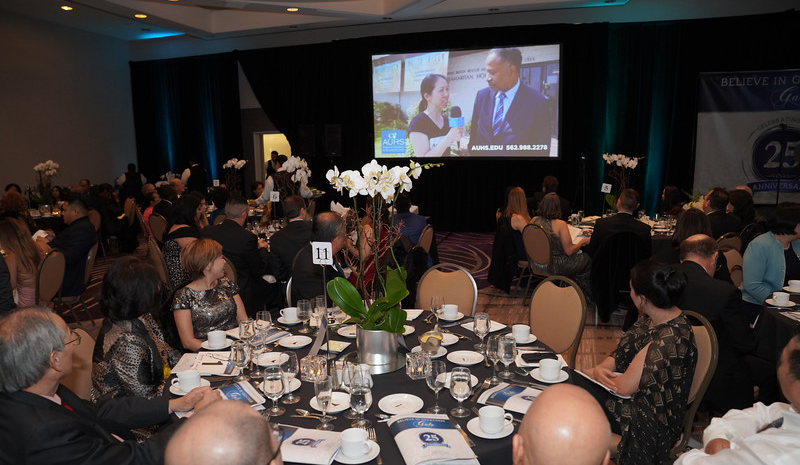 Once guests entered the ballroom and sat at their tables, Pastor Gregory Johnson and Mrs. Kim Dang-Johnson took the stage to thank everyone who believed in their mission and helped them build AUHS into what it is today. A big thank you went out to Mrs. Dang’s parents, who were in attendance, and who were the first to support AUHS and its mission. At the core of everything done at AUHS, in the classroom and out in the community, is Christian values. Christian values that, when integrated into health science education will establish a workforce that works to meet the needs of the poor, the vulnerable, and the underrepresented.

Many people congratulated AUHS on its history and impact in the community, one of them being Lori Woods, the mayor of Signal Hill. On stage, she applauded AUHS for “its 25 years of contribution to academic excellence in health science education, community outreach through Christian values, diversity, and economic vitality.” 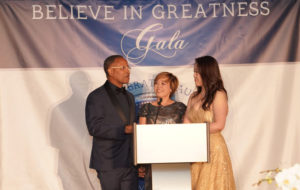 Former student Thi Dang spoke about how meeting Pastor and Mrs. Kim changed the course of her life and career and how she believes they will continue to touch the lives of future students. “Since then [meeting the AUHS founders] with all of the decisions of going to pharmacy school, to post-residency graduate training to take the clinical position at LA county and to open my own pharmacy, they were always there for me. So I believe that they would be there for any students.

The night was rounded out with a live auction, a magic show from illusionist John Carney, and ended with dancing.

A big thank you goes out to those who sponsored the “Believe in Greatness Gala.” A special thanks to Kyocera who was the biggest sponsor and a dream partner to AUHS. To Guardian Angels Charles Drew University of Medicine and Science, Dao Medical Group Inc., and East West Bank. And to the Spirit Leaders and Friends Circle for making this event possible.

All funds raised from this event will go towards establishing scholarships that support the educational preparation of forty high school students for placement in pharmacy technician and research medical assistant roles upon graduation.